Since the beginning of its involvement in the Syrian conflict, Iran has swiftly secured its control over a number of military sites allegedly to protect Shia shrines throughout Syria, while in reality seeking to reinforce its control over the region through its sponsored militias.

The town of Sayyida Zaynab, 10 km (6 miles) south of Damascus, is one of the most important Iranian headquarters that exemplifies the effectiveness of its regional strategy. Because of its location near the border of Damascus and its proximity to the capital’s airport, the town was transformed overnight into a security hub for Iran, under the control and surveillance of the Iranian Revolutionary Guard (IRGC).

Iran gained control over the town by initially sending groups of Iranian and Iraqi advisors and Hezbollah members under the pretext of protecting the shrine, which later turned into a major operations base, with armories and checkpoints for both Iranian and Lebanese leaders.

sources confirmed to Syria Files that all the checkpoints in the town are set up by Hezbollah, led by Hajj Abu Safi. The checkpoints are provided with mobile barriers to secure roads and equipped with vehicles mounted with medium machine guns, as well as elements armed with American-made light weapons, in addition to advanced mine and explosives detectors and the ability to inspect cars entering and leaving the town with police dogs trained to detect explosives.

Sayyida Zaynab’s position near the airport made it a pick-up point for the weapons coming from Iran, which would be later distributed to its militias throughout Syria. For that reason, Iran had to build hangars (30m long,20m wide and over 8m high) as warehouses to store the large shipments of weapons that it has been receiving for the past years, which include ballistic missiles, high-precision chemical injection equipment, air defense and electronic warfare systems.

The IRGC also has a large warehouse within the town, which can hold hundreds of cars used by the militias during military operations, as well as repair shops for both damaged cars and machinery.

Our source confirmed that the members of Harakt Al-Abdal and al-Haydariah militias are of Iraqi and Lebanese nationalities, and that Hajj Haydar al-Karrar, a Lebanese, is in charge of storage.

The source distinguished a number of military headquarters inside Sayyida Zaynab, including:

● A Monitoring Headquarter: a watchtower that presents plans for the town’s protection by receiving all communications and information from Iran’s militia sites in Syria to be analyzed then forwarded to Tehran. Among the Iranian, Iraqi and Lebanese leaders and engineers operating there are:

2. Hajj Ali Bou Hamdoun, who is responsible for public monitoring at Sayyida Zainab

● The General Security Office: located entirely underground and serves as an integrated investigation division specializing in security. The office, supervised by Hezbollah militia, contains a prison, where suspects are sent for investigation, and a space designated for liquidation and field executions. One of the investigators is a Lebanese called Hajj Yasir Abdel Azim.

● The Office of Surveillance and Regional Security:

One of the most fortified and guarded offices in Sayyida Zaynab, due to the presence of Iranian and Lebanese intelligence personnel in it. The building is located in the outskirts of the town, built above ground with an underground passage that connects it to Sayyida Zaynab station. It specializes in collecting all regional surveillance and wiretapping data by Hezbollah and the IRGC in Syria, which is then analyzed and sent to ‘the Glasshouse’ south of Damascus International Airport. The office is equipped with modern devices, strong signal receivers, and large display screens and managed by Hajj Alaa Al-Mahdi, an Iranian of Iraqi origin.

It deals with internal and general military activities: the internal concern with the protection of the headquarters and presence of Iranian militias in Sayyida Zaynab, and the general with the reports on militia participation in any military action in Syria. It provides periodic reports on ammunition, and communicates with and informs field militia leaders of emergency and regular plans. All information about types and quantities of weapons and the number of participants in the fighting are issued from this office, with:

It represents the Special Forces under Hezbollah, led by Hajj Jaafar Abu Hussein and has around 500 fighters deployed in and outside the town.

1. Aqraba Airport: Controlled by Harakat Al-Abdal led by Hajj Qassem Al-Mousavi. According to our source, the airport is used to protect all elements and headquarters located in Sayyida Zaynab, in coordination with the security offices and with the help of drones. It also contains a warehouse for storing weapons and equipment coming from Iran through Lebanon, where trucks for moving these weapons are temporarily placed. It also holds advanced Pantsir and S200 air defense systems and espionage and electronic warfare systems.

2. Brigade 555: The first line of defense for Iranian militias inside the town, surrounded by a Hezbollah militia, led by Hajj Saif Al-Tamimi, called the Zaynab Lovers Brigades that is equipped with tanks and tracked vehicles.

Previously part of the Syrian army, but due to its many and varied engineering fortifications, it was taken over by Iranian militias. The Zaynab Lovers Militia, led by Hajj Fida Al-Rikabi, is currently stationed there. The battalion contains weapon stores and traditional gear, as well as a space specially equipped for air defense and electronic warfare systems repair.

“Syria Files” holds more details that support what was mentioned.

How did Bolton expose 'Idiot Trump'?

A US senior official to Syria Files: “Assad knows where the solution lies and this is our position in Ain Issa”

Jayakrd: We have not received a Russian request to extradite Ain Issa 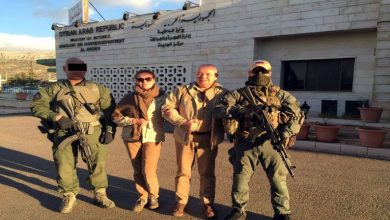 How Russian companies in Syria switched from fighting to bodyguard 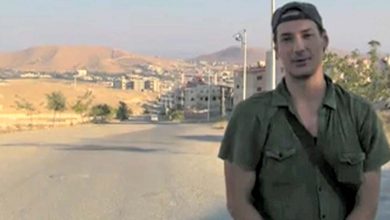