Syria Files (Exclusive)- Syria Files has obtained detailed information about the Iranian defense systems and weapons stationed in the Palmyra (Tadmur) Military Airport in the middle of the Syrian Desert, such data sheds the light on the mounting Iranian warfare in the war-torn country.

The Syrian army backed by Russia and Iran’s militias retook Palmyra, the historic city and airbase, in 2017 from Daesh (ISIS) after two years where the militant group had destroyed the most infrastructure in the base.

Since then, a heavy Iranian presence has sprawled in Palmyra where also the families of its militants have settled.

The displacement of most of the city’s residents towards the deserted Rukban camp at the Jordanian border has facilitated the spread and presence of Iranian militias and their families inside the city, activists say. 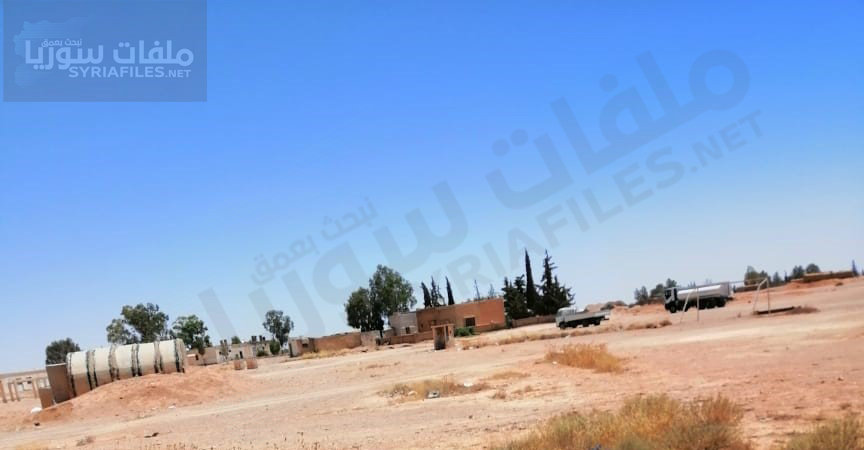 A well-informed source confirmed to Syria Files that the Iranian Revolutionary Guard and allied militias have stationed and set up bastions and headquarters inside the historic city of Palmyra and its military airport and near the surrounding industrial zone, taking advantage of the weakness of the Syrian army and its security forces in the city.

The central military operations room of the Iranian Revolutionary Guard and allied militias is based in the industrial area in the airport’s vicinity, sources said.

1- Air defense of military sites and interests that belong to Iran and its militias in the first place, from any external hostile aggression to Iran.

3- Establishing a set of regional surveillance and espionage systems, including drones and electronic systems.

4- The airport is used to store and transport Iranian weapons shipments coming from Iran to Syria via Iraq.

The Palmyra airbase that is affiliated to the 22nd Air Force Division, 220 km (145 miles) east of Damascus, has an advanced Power 373 air defense system which was transferred from Iran to the airport, across Iraq and the border province of Deir Ezzor in early August 2019.

According to Syria Files sources, the defense system was deployed at the airport and camouflaged, and it consists of 4 missile launchers, each platform consisting of 4 launch axes, in addition to The Maraj-4 radar system, which operates with 3D technology with a range of up to 275 km (190 miles).

Also, the base has a Russian-made P14 radar system used with long-range air defense systems, and it can be linked with the Power-373 system and the S200 system located at T-4 airport as well, and the range of this system’s work reaches 400 km (260 miles).

The Iranian radar system at the beginning of al-Fajr 3, which is a system that works with three-dimensional technology, and is used for early warning and has a range of work of up to 500 km (315 miles). It was transferred in early August 2019 from Iran to Palmyra Airport across Iraq and Deir Ezzor.

The R330 is another advanced electronic warfare system affiliated with the Iranian forces at the airport with the function of spying on and interfering with communications, and with a working range of up to 15 km (10 miles). Only officers from the Iranian Revolutionary Guard work on it.

The fifth defense system is the Iranian advanced drone system, Shahid 129, operated by the Iranian forces, as there is only one plane at the airport with an integrated ground station for controlling drones, and this aircraft is launched to carry out espionage operations on American bases in eastern Syria in the border Al-Tanf area and air monitoring for Iran.

It has been stored at the airport before these shipments leave for the airports of Sayqal (known as al-Seen) west of Palmyra city and al-Dumayr and warehouses for Iranian militias in the eastern countryside of Homs city.

Two Syrian army’s Gazelle helicopters are at the service of Iran’s Revolutionary Guard leaders within the Syrian airspace. Syrian Mi-27 helicopters are also used for transfers between the airbases of al-Seen, Dumayr and Tiyas (also known as the T-4 airport). In addition to a whole squadron of 6 Syrian training L-39 aircrafts moving between T-4 airport and Palmyra airport.

Tadmur airport is also fortified with four-wheel drive cars mounted with machine guns, tanks and artillery belonging to the 18th Division and the 11th Division, which are located in the eastern countryside of Homs.

There is a civil section to operate commercial flights, and another military section consisting of hangars, garages and equipment for military use.

The airport contains various engineering facilities, in addition to what the Iranian militias later established.

Who controls the airport?

Syrian troops and pro-factions affiliated to the 18th and 11th divisions, whose function is to secure the protection of the area, in addition to the presence of approximately 300 fighters from Iraq, Lebanon, Iran and Afghanistan operating under the command of the IRG’s Quds Force, and fighters from the Lebanese Hezbollah militia.

The Iranian Headquarters at the airport 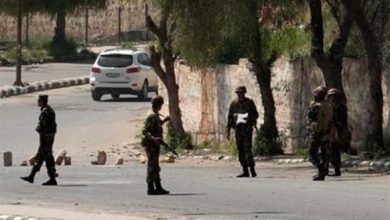 US Envoy to Syria: ‘No change in troop presence in Syria’ whether Biden or Trump wins