Iran seeks to entrench new ideas and ideologies within the Syrian family, sneaking inside the structure of the Syrian community through several axes, what allows it to spread among the various components of society in a planned and thoughtful way, such a plan works in synchronism with the military side to implant the Shiite jurisprudence and gradually making it the mainstream ideology, in a move seeks to grip on the beliefs of the  indigenous people.

According to Ahmed Rajab (pseudonym), a resident who is familiar with Iranian activities, told Syria Files that the Iran-backed militias in 2020 have finished building a dome over one of the springs near the city of Al-Mayadeen called ‘Ali Spring’. They claimed it as a Shiite shrine and would be under the patronage of the ‘Al-Bayt shrines’ organisation.

The Shiism activities and building shrines are funded and sponsored by a number of ‘Iran-style missionaries and charities’ such the ‘Jihad Al-Binaa’ organisation that recently opened an office in the town of Albukamal in the eastern countryside of Deir Ezzor.

The Iranian militias have also begun building a new Hussainiya in the village of Hatla, west of Deir Ezzor, Rajab said.

The construction of the Hussainiya was funded by Jihad al-Binaa. The organization has also reconstructed a mosque in the town of Al-Salihiya, west of Deir Ezzor, to be another Hussainiya.

Since the Iranian militias penetrated the eastern areas following the defeat of the Islamic State in 2017, they have been working to turn the property of displaced people into places to practice Shiite rituals, and then work to convert several mosques into Hussainiyats on a larger scale, according to Rajab.

The Shiite-style mosques have existed before the war in Syria in 2011, and they Shiite people used to practice their rituals freely. But the ongoing spread of Shi’ism is an outcome of the deteriorating living conditions and poverty. In a remarkable incident, local Shiites had destroyed the Hussainiyas in their areas years ago, due to a delay in receiving their dues in return for their Shi’ism.

Through religious training courses based on the Shiite sect, Iran has also been focusing on the Syrian women to infiltrate the family itself over claims women are more passionate and easily influenced, according to one of the Sunni clerics from the eastern regions of Syria, who spoke on condition of anonymity.

Implanting a culture of allegiance to the Khamenei regime in Tehran aims to instill new ideas and ideology within the Syrian family, by accessing the doctrine of the head of the family, and this is done through female instructors who were brought in from Iran for this purpose, the cleric added.

Orabi Abdulhai Orabi, political and military analyst, told Syria Files that the Iranian militias make a bid to attract residents of the eastern region through incentives and pay-offs, ranging from $150 to $300 per month, depending to the location of their service, if he is stationed in his town or on the battlegrounds.

Local sources told Syria Files that the Afghan Fatemiyoun militia, one of the key Iranian militias in Syria, had finished the military training of the first batch of recruits in November, and had opened the door for recruiting in October. The campaign focused on the very young.

Fatemiyoun militia has transferred all the new recruits to its headquarters located in a school near the Vehicle Department in Deir Ezzor city, after subjecting them to military and religious ideological training courses, as well as numerous examinations by Iranian translators who spoke fluent Arabic and Persian.

It is worth mentioning that there are no recruits from the Albukamal and al-Salihiya areas due to the dominance of a very strong Sunni ideology and less harsh living conditions. But for areas located between Al-Salihiya and Raqqa city, the majority of residents are living in abject poverty, such a rich ground for the Iraniains for recruiting militants and spreading the Shiite sect.

Among the most important strategies pursued by the Iranian militias to foster the Shiite sect is raising the call for prayers (Adhan) in the Shiite way, and spreading flags and banners containing Shiites phrases and drawings of the neighborhoods and districts, as well as focusing on the clothing in which Shiite clerics are known as white turbans and black robe, according to Orabi.

Eastern Syria with the presence of Iranian militias is like hell for the people of the region, Hussein Al-Hawyan, 22, told  Syria Files.

Al-Hawyan fled the city Al-Mayadeen three months ago, walking through risky roads to reach the Turkish borders led by smugglers who took $1500 for the escape journey.

Ill-treatment for those who do not join the militias, restrictions on religious freedom, and the low level of income with the decline of agriculture, all, have pushed al-Hawyan to make the decision to flee to Turkey.

Iran is focused on several categories of society simultaneously, from students to fighters, women and the tribal figures who are magnetized by the Iranian militias to make local gains and merits even though they will spread the Iranian propaganda and defend its beliefs. 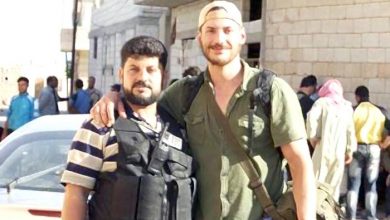 How Assad has been manipulating Austin tice’s case 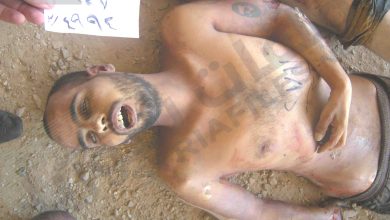 A US senior official to Syria Files: “Assad knows where the solution lies and this is our position in Ain Issa”